Hi, I'd love to give you fresh style tips!
Subscribe
Menu  ≡╳

In 1973 Jenny Kee opened her Flamingo Park store in the Strand Arcade. ‘Step into Paradise’ was the sign that hung on the door. The shop was described as “romantic, exotic and kitsch” by Jenny – a riot of colour, texture, and pattern. It showcased vintage clothing finds from London, Linda Jackson’s unique creations, and Jenny’s famous knits.

The exhibition is showing at the Powerhouse Museum in Sydney until 22 March 2020. It celebrates the creative partnership between these two inspiring Australian fashion designers as well as their individual achievements in the fashion world. Over 150 garments, textiles, photographs, and artworks are on display. These items give us an in-depth insight into their design style, sources of inspiration and creative evolution.

Flamingo Park was a ‘must-see’ destination in the 70s and 80s. Famous visitors included David Bowie, Christie Brinkley, Lauren Bacall, and Olivia Newton-John. They were a global sensation! Local and international celebrities wore their clothes. Remember the media frenzy when Princess Diana wore the Jenny Kee koala jumper to a polo match in 1982?

Jenny Kee and Linda Jackson’s creations were brightly coloured, heavily patterned or both. They were inspired by everything iconically Australian. Years spent exploring the bush, especially in and around the Blue Mountains, influenced their Australian flora and fauna themes. Other sources of inspiration were semi-precious stones like opals, Australian landmarks, and indigenous art.

Here’s a sneak peek into some of the fabulous outfits on display.

Step Into Paradise: the store 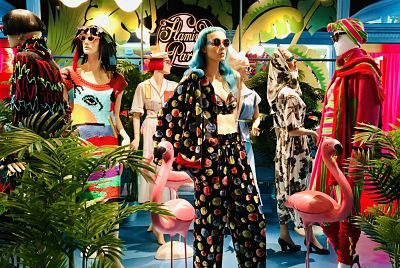 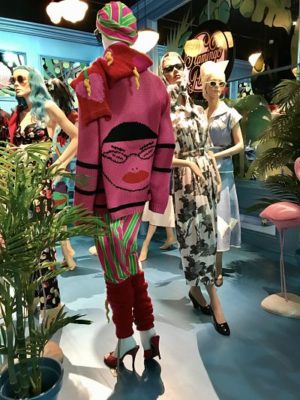 Bright pink, over-sized knitted top with Jenny Kee motif on the back. Mannequins in 50’s style outfits on the right. 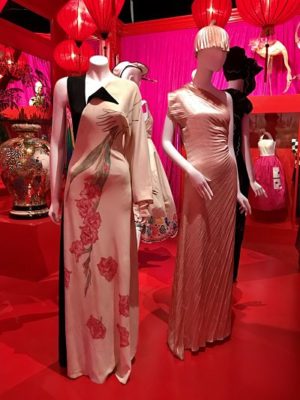 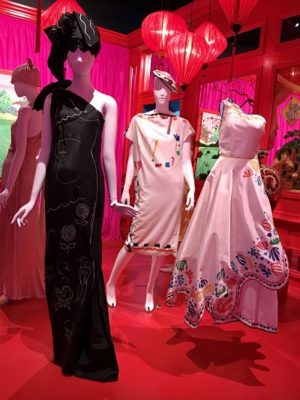 Three dresses from the Flamingo Park store circa 1973 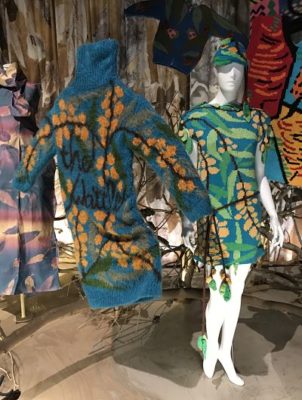 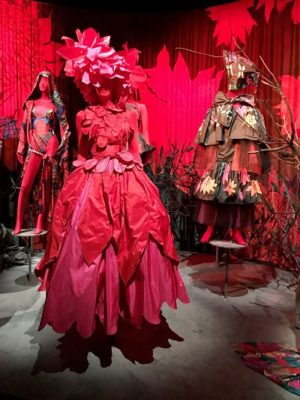 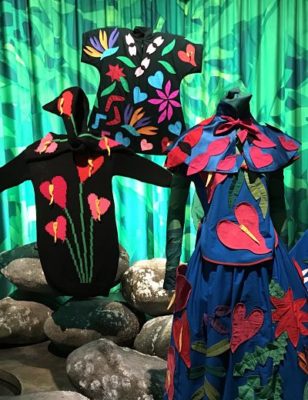 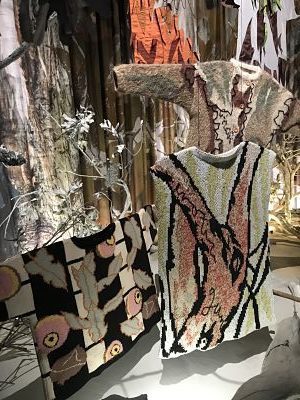 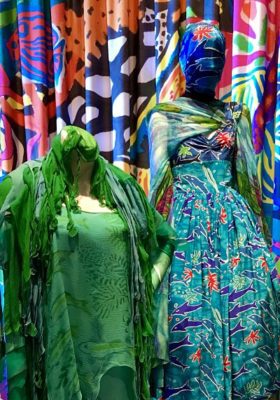 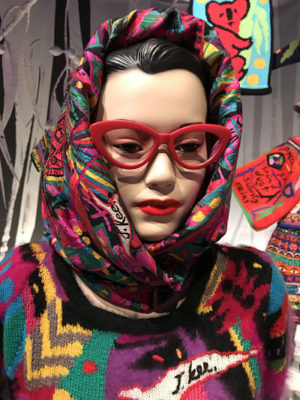 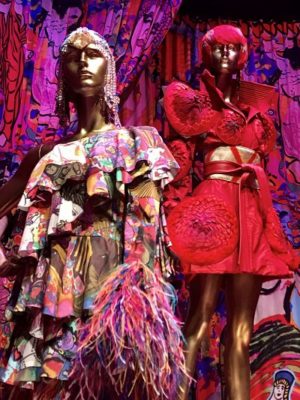 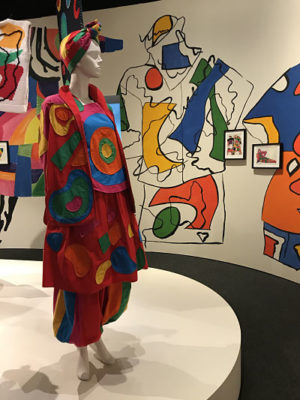 Bright, saturated colours and large shapes make this outfit anything but ‘beige’. 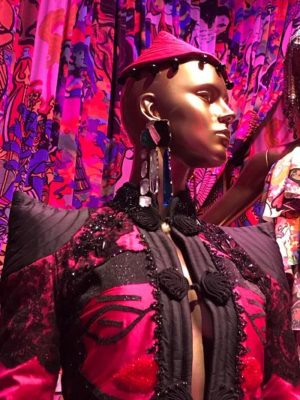 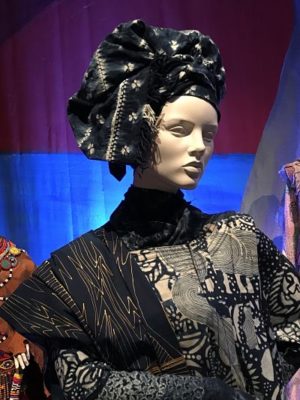 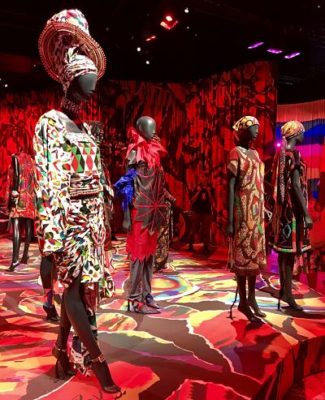 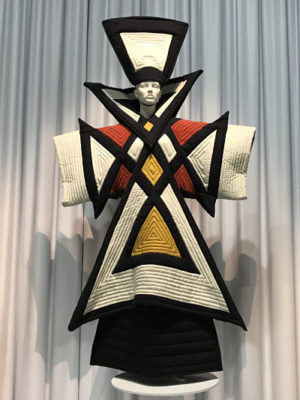 Mixed media portraits (drawing and paper collage) of Jenny Kee and Linda Jackson were a fitting way to end the exhibition. 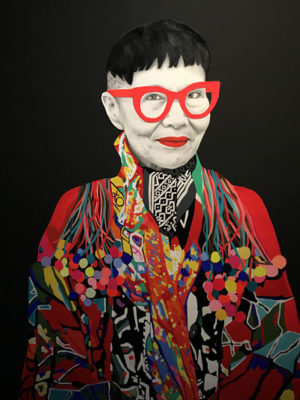 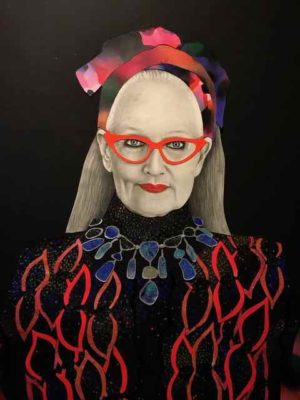 Would you like to see more photos of amazing outfits and jewellery from fashion designer and artist exhibitions? Here are links to Dior, Cartier, Guo Pei, Hermes, Frieda Kahlo Museum, Viktor & Rolf.